Gameweek 31 was all about whether or not Liverpool and Man City could stay within a point of each other heading into their crucial title decider this week, and so they did as they both won 2-0 this weekend. The two sides played out an exciting 2-2 draw at Anfield in October and it’s likely this fixture will be played at the same sort of intensity as they both look to take top spot going into the final six games of the season. Elsewhere, in the race for the top 4, Arsenal and Chelsea were both on the receiving end of humiliating three-goal defeats as they lost 3-0 and 4-1 against Crystal Palace and Brentford respectively. Spurs climbed up to 4th place with a resounding 5-1 win over Newcastle. On the FPL side, GW31 had an average of 43 points with many managers utilising the last of their chips before the end of season run-in.

Harry Kane has overcome early season struggles to be the number one FPL forward this season with 140 points. He’s notched 12 goals and seven assists the season, nearing 20 goal contributions, and he would have been disappointed to only register an assist in the big win over Newcastle. Villa won’t be an easy task but if Kane fires and Spurs run riot, they will maintain their grip on 4th spot in the exciting battle for European spots.

Rodrigo has been the biggest revelation since the appointment of Jesse Marsch. The Spaniard has been a consistent feature up front this season and been crucial to Leeds’ attacking exploits alongside Raphinha (£6.7m), in the absence of Patrick Bamford (£7.7m). He’s managed five goals and two assists this season and will come against a Watford defence that has been one of the poorest this season as the two sides play a crucial relegation six-pointer.

There aren’t too many positives to take out of Man United’s season but one thing is for sure, Bruno Fernandes’ efforts have been immense as they continue to push for a European berth next season. He’s amassed nine goals and seven assists and that’s being off penalty-taking duty with Cristiano Ronaldo (£12.5m) taking over that role. He managed an assist in his last outing and United come up against an Everton side who are well aware of their poor form and their position near the relegation zone.

Coady has been one of the most consistent players for Wolves since their promotion in 2018 and has emerged as a top PL centre-half and leader. He’s played in every game for the club this season, notching three goals and contributing towards the 11 clean sheets Wolves have kept. They currently occupy 8th place, one spot outside European football for next season, and he’s made a very strong case for selection for England’s 2022 World Cup squad. They face a Newcastle side seething after their loss this weekend and it could be a good week for Coady to at least garner defensive points return.

Matt Doherty didn’t quite start the season as he’d hoped under his former Wolves boss Nuno Espirito Santo but under Antonio Conte, he’s been fantastic. He’s managed three double-digit returns in his last six GWs and has managed two goals and five assists in less than 1000 minutes of playing action. Villa will look to bounce back from their 2-1 loss vs Wolves but expect Doherty to be involved in the action on both ends of the pitch.

James Maddison has managed over 120 FPL points in his four PL seasons and is on course to notch his highest tally yet this season. He’s managed eight goals and seven assists this year despite Leicester’s struggles for form throughout the season. He managed an assist and nearly had what would have been a winning goal at Old Trafford last week but is still in a rich vein of form approaching the end of the season. He will be desperate to end this season strongly to mount a push for England’s 2022 World Cup squad.

*Prices and ownership statistics correct as of 7 April 2022* 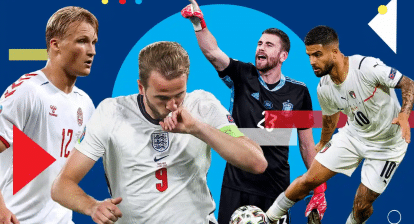