The Premier League season is now taking shape with 9 exciting gameweeks behind us. While most FPL managers have figured out the must-have picks for their FPL teams, it is the differentials who can make the telling difference. Like every Gameweek, we are back with our differential picks who can help boost your rank.

The Scottish left-back has not been at his best in providing assists this season. However, his work rate and the fact that he has a relatively easy fixture against Brighton make him a very good pick. After a strong start to the season, Brighton are now winless in their last 4 Premier League games. They were put to the sword by Champions Manchester City in the previous gameweek, where they lost 1-4 at home.

Liverpool should comfortably win at home against the Seagulls. Brighton have failed to score in 2 of their last 3 Premier League games and a clean sheet for the Reds seems very likely. So far in 6 games, Robertson has provided 1 assist. He has managed to create 10 chances for his teammates. We back him to deliver a strong performance in this game. Current ownership is 2.2%.

Bailey has missed a lot of games due to injuries, however, the Jamaican has shown glimpses of his quality in the limited game-time he has under his belt at Villa. In just 4 appearances (0 starts), Bailey has scored 1 goal and provided 3 assists in just 130 minutes of football.

He is seemingly returning to full fitness and given his form he should be in contention to start against the Hammers. He is a slightly risky pick given that he has not started a Premier League game yet. However, with an ownership of 0.6%, he can be an ultra-differential option.

Bernardo Silva is not only starting games, but he is also putting in solid performances every gameweek. So far in 8 games (8 starts), he has scored 2 goals and provided 2 assists. He has made 9 attempts on goal, 8 from inside the box, and 4 on target. He has also managed to create 12 chances and 3 big chances.

Crystal Palace have just 1 win from 9 games so far this season. Another big City win looks very much on the cards, and we back the Portuguese star to put on a solid display. Current ownership is 5.7%.

Norwich City are having a dreadful season so far and targeting them every gameweek has been a fairly successful strategy. They have conceded the most goals so far this season (23) and have an xGC (Expected Goals Conceded) of 17.63 (2nd highest in the league).

With doubts over Raphinha for this fixture, the Spaniard would become a very promising Leeds asset to take advantage of. He is on penalties too, which is always important to FPL managers. So far in 8 starts, he has scored just 1 goal. In these games, he has made 12 attempts on goal, 6 from inside the box, and 5 on target. He has also managed to create 15 chances (4th highest amongst forwards) with 2 big chances. He will lead the attack line in the absence of some key players, and we back him to exploit the weak defense of Norwich. Current ownership is 1.7%.

*Ownership percentage is as on October 29, 2021, at the time of writing the article.

Let us know what you think?
By Fantasy Football Experts – Twitter ID: @FFExperts_ 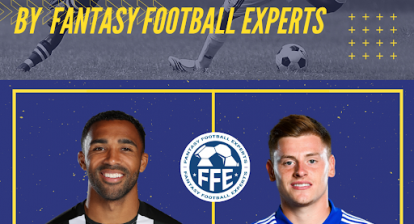 Looking for a differential for your FPL team? Here are 4 players to watch out for in GW1
August 12, 2021
Differential Picks To Consider Ahead Of GW7
October 1, 2021