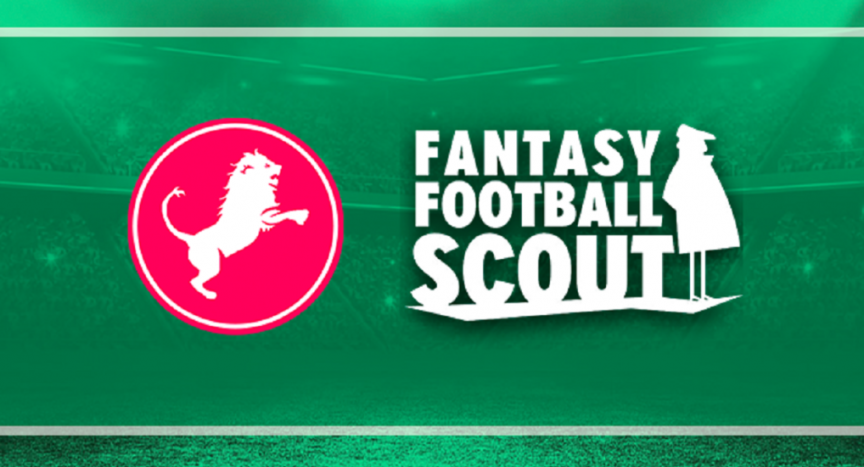 Premier Fantasy Tools are delighted to be joining forces with Fantasy Football Scout, the original and industry-leading Fantasy Football community.
Scout have been the biggest name on the Fantasy Premier League scene for almost 15 years, offering daily articles, videos, tools, stats and much more.
Since its inception in 2007, Scout has branched out into other games such as Sky Sports, FanTeam, Fantasy Bundesliga and FPL Draft.

Premium Members of the site get all of this coverage and more, including:

RATE MY TEAM AND PROJECTIONS

The Projections and Rate My Team tools are both live for the new season, so you can head over there now to start building your teams ahead of 2021/22 and see how many points the algorithm thinks you’ll score.

Also live for the new season is the Season Ticker.
Premium Members can sort by fixture difficulty and find out which teams’ matches rotate well.
Disagree with the Fantasy Football Scout difficulty ratings? Add your own to customise your experience.

The Flat-Track Bully tool was a new addition in 2019, with subscribers now able to identify Fantasy assets with good records against specific clubs.
This will help you pinpoint players who perhaps perform better against weaker opposition and even those who thrive against the top teams, like Raúl Jiménez famously did in 2018/19.

Compare both teams and players head to head, with over 100 key statistics to study side by side.

There are hundreds upon hundreds of Opta player and team statistics available, which can help guide your Fantasy transfer decisions.

Analysis of every Premier League match (going back to 2011/12!), together with charts which plot average positions and the collection of heatmaps for touches, shots and chances created, among other statistics.

Premium Members can also create custom tables based on the data available and share them with other subscribers.
Perhaps the most famous of these is Joe’s Goals Imminent table, which looks to predict which underperforming assets will find the net next.

Learn more about these features and more on Fantasy Football Scout.