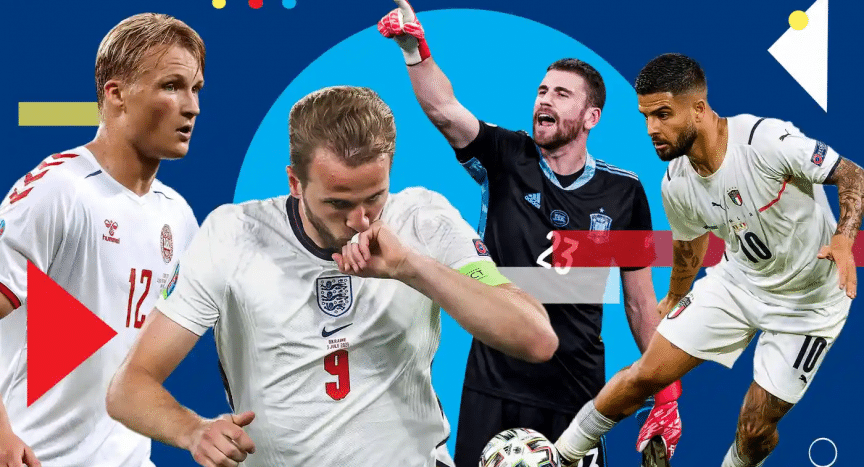 Every major International Tournament leads to some big money transfers for top performers. Be it James Rodriguez breaking the transfer records after a blistering World Cup 2014 or the French Full-backs Pavard and Hernandez after 2018. The rule is simple – If you can perform at the biggest of stages of World Football, you can certainly replicate that at the Club Level. Well, if the big clubs believe that as a fact, why shouldn’t FPL managers follow the same rule.

After all, football is a lot about momentum and confidence. We have seen numerous examples of players carrying their end of season form into the next season – post lockdown Southampton is a prime example who finished the 2019-20 season on a high and started the 2020-21 season even better, reaching the Top of the Table in October.

Here’s a list of stars of the European Championship and the Copa Americas who can provide big returns to FPL managers, especially at the start of the season.

Football might not have come home this summer but Raheem Sterling’s form is certainly home. He left a lot of FPL Managers frustrated last season due to his inconsistent performances and eventually getting dropped from the Man City lineup.

However, Sterling was arguably the best outfield player in the Euro 2021, scoring 3 goals and grabbing an assist as England made it all the way to the finals.
Guardiola has always trusted Raheem as his main outlet of goals and it was only due to his abysmal form that he was dropped from the starting lineup. However, given his performances in the summer, Pep would very much rely on him as Gabriel Jesus has never been as reliable as a certain Sergio Aguero was in the past.

With £1m cheaper, priced at 11m, Sterling offers much more direct goal involvement than KDB and there is even a chance that he can start as a false 9 if City doesn’t sign a prolific out and out number 9 this summer.

Another star performer for England at the Euros, Luke Shaw continued his fine form from last season into the international tournament. He was joint second for most assists as well as most big chances created among all players along with a goal in the finals. He has been a crucial creative outlet for Manchester United and also takes all the set pieces, which makes him an attraction for bonus points as well. At £5.5m, he should be among the top point-getters with his potential clean sheets and attacking returns.

West Ham exceeded the expectations of many in the last season and the Czech duo of Coufal-Soucek earned a lot of plaudits. Soucek had more impact last year but the right-back was much more prolific in the Euros, bagging two assists and is likely to continue his fine form for David Moyes’ side.
A caveat, however, would be that West Ham will be playing Europa League matches come September, which could mean rotation and fatigue for the players. Nevertheless, Coufal can offer great attacking value with his deadly crossing for the favourable run of fixtures up till the first International Break.

Ferran Torres had an underwhelming start to the 2020-21 season for Man City but grabbed his chances with both hands once the rotations started for Man City, even bagging a hat-trick against Newcastle United. He adapted well with the winger cum false-nine role that Guardiola likes and backed it up with impressive performances for Spain. His crossing with both feet and clever movement will be harnessed by Pep. We have seen players take a season to find their feet for Pep in the past but come back strong in the following season like Riyad Mahrez and Bernardo Silva. He can provide a budget entry in the City side at £7.0m if he keeps his position.

Another flamboyant import last season who had an underwhelming start to the 2020-21 season was Chelsea’s record signing, Kai Havertz. Much like Ferran, Kai had to wait for the last quarter of the season to make an impact and impress at the International stage as well.

Tomas Tuchel was quick to realise that Havertz’s best position is as a striker or a false 9 rather than playing as a CAM or out wide. Chelsea’s 3-5-2 system helped Tuchel to get the best out of the German youngster who showed impressive performances, recording 3 goals and an assist in his last 3 Premier League starts, rounding it off with the winner in the Champions League Finals. He then went on to score twice in the group stages of the Euro Cup and was Germany’s main threat in front of the goal. The kind of role he played in the German side would be the same he would be asked to play in the Chelsea side and with Olivier Giroud joining AC Milan and Tammy Abraham falling way behind in the pecking order, Havertz should be the front runner for goals at & 8.5m for a team that will challenge for the title.

As seen in the table above, promoted goalkeepers tend to breach the 150 point barrier for the season at a meagre price of £4.5m. Promoted Goalkeepers offer high value in terms of FPL points due to their high save and bonus point potentials. Last season, Meslier and Johnstone both managed to score more than 145 points, whereas Areola got 124 points. Daniel Bachmann was the starting goalkeeper for Watford after the arrival of Xisco and had a decent showing for Austria at the Euros, keeping a clean sheet against Ukraine and had 2.0 average saves per game. Watford is a defence-first side and with the presence of experienced heads, they can see out certain games without conceding, especially at home.

A surprise entry in this list, Joe Rodon can very well be a regular first-team CB for a top 6 side. He started 8 of the last 10 premier league fixtures for Spurs and played all minutes in Euros for Wales. With Nuno’s appointment, Spurs are expected to have some defensive solidity and Rodon can be a bargain for a clean sheet at £4.5m. He does, however, lack in attacking threats and hence can be used as a 5th defender and could be an option to watch out for.

The only South American entry on the list, Emiliano Martinez is no stranger when it comes to FPL. Martinez had an iconic 2020-21 season for Aston Villa, almost breaking the all-time high record points for an FPL goalkeeper. He was a save and bonus point magnet and did nothing different in the Copa Americas, as Argentina went on to win their first trophy in over 20 years. He will start the season at a significantly higher price at 5.5m, but still offers a set and forget goalkeeper option.

Denmark had some heroes in Euros, both on and off the field, as they went on a heroic run to the semi-finals. Andreas Christensen was one such hero with his impressive performances in the defence. With Thiago Silva not getting any younger, Christensen could be a reliable option in the back-three defensive system under Tomas Tuchel. He started 9 times out of the last 13 premier league games, both Semi-Final legs against Real Madrid in UCL, and came on for the injured Silva in the first half of the finals against Man City. With Rudiger priced at £5.5m, Christensen would be a cheaper entry in the Chelsea side who were defensively astute.

Watch out for other promising transfers in the coming days for players who had excellent tournaments. Denzel Dumfries is likely to sign for Everton and could provide a serious attacking threat. Mikkel Damsgaard and Tomas Holes are other names that could be signed up and will be ones to watch out for.